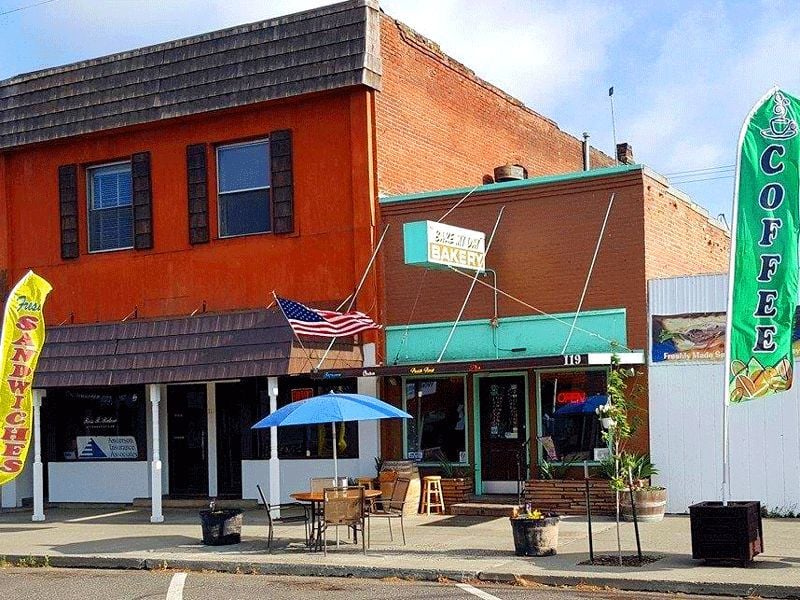 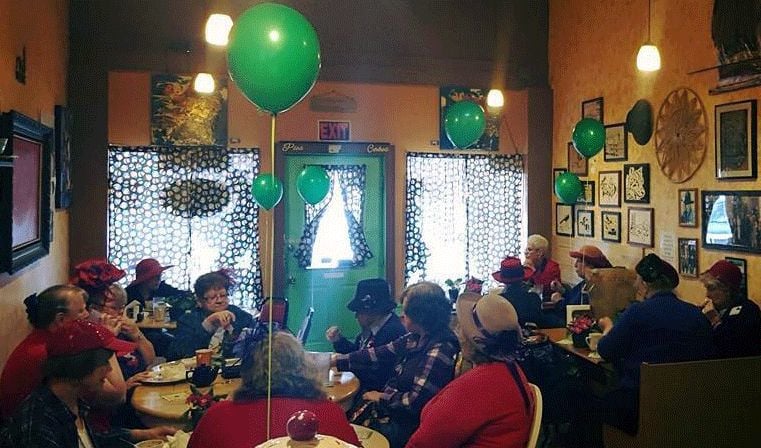 We all have the undeniable guilty snack pleasures of Twinkies, Honey Buns, Nutter Butters, and snacks like Oatmeal Creme Pies. But what if I told you there was a place, right here in town, where everything is made from scratch-no mixes or frozen premade items, and will even make hand deliveries around town. And no worries, if you're searching for something a little more calorie conscious, this shop will even fill custom orders such as gluten-free, sugar-free, and even for low carb diets. This delectable dream come true is called Bake My Day, a bakery and sandwich shop (and don't forget espressos) owned and operated by Shane and Sheena Salmon, which will be celebrating its fourth year of business this month.

The couple moved here to Goldendale after Sheena's father, who works for the state, was relocated to the area for employment. The Salmons fell in love with the area after periodically visiting her parents, Dean and Koko Christianson, and decided to stick around and open a business.

Unfortunately, Sheena's father retired and her parents packed up and moved to the coast. The couple have remained in Goldendale, preferring the small town over the traffic-ridden city. Sheena went to Culinary Arts School in Phoenix and eventually met Shane while the duo worked at Costco, Sheena as a baker, and Shane in management.

The small-town buzz isn't unfamiliar to Sheena after growing up in Lincoln, Mont., population 1,100 and home to the infamous Unabomber, a Harvard graduate, mathematics prodigy, and eventual American terrorist who mailed several bombs.

Sheena's family is spread throughout Washington and Montana, but Shane's family remains primarily in Phoenix. Although born in Utah, Shane's father was in the Air Force, leading Shane's family all over the world, changing locations about every three years. He lived in places such as Hawaii, Japan, Italy, France, Turkey, and Germany where he graduated high school. It was here that he played club soccer, prompting his scholarship to Louisiana State University. Soccer aside, it is his study and experience in Finance and Business Management that has contributed to Bake My Day's success here in Goldendale. Sheena jokes, "He does everything. I just bake."

The two have contributed much of their time and effort to improve Goldendale and its community. They completely revamped one of the historic locations on Main Street, which has also claimed home to past business such as a barbecue restaurant, cable office, shoe repair, pizza parlor, and flower shop, according to research done by the local PUD. Customers have told the Salmons that Bake My Day is Goldendale's first stand-alone bakery in at least 30 years.

But the couple's influence extends past just the business. They have also taken on the challenge of renovating one of Goldendale's homes. "We live in one of the houses that was part of the original courthouse. When they tore it down, they built three houses. But they're all getting pretty dilapidated." says Shane. "We bought the one directly in the center, and we've remodeled the entire house," adds Sheena.

The Salmons have also been working to create a more welcoming and safe environment for some of their nearest neighbors. "We're the only building on Main Street that's not ground level. So I've got something going with [Goldendale City Administrator Larry] Bellamy right now," says Shane. The owners plan to install a ramp from the sidewalk that will allow wheelchair access to the shop. "Hopefully it will happen soon so we can be fully handicap accessible. It's about time since we are right next door to the senior center," he adds. "Until my back went bad, I would wheel everyone in and out."

Since they first opened, the bakery has catered to many different events in addition to the common weddings, baby showers, and birthdays. They have opened the business on days off for groups like the Red Hat ladies and to host weekend birthday parties, tea parties, cupcake decorating (with their most recent being Pokemon-themed), and the annual Trunk or Treat.

One of their most notable annual events is in February. "On Valentine's Day we pass around flyers and deliver five-inch Valentine sugar cookies, and people personalize them. We mostly do them for the schools but you can do them for your best friend, boyfriend, girlfriend, put a little note on it, and I write what the note says on the cookie," says Sheena. "We had a guy propose last year also," adds Shane, with Sheena quickly adding, "He had a ring inside the package of the cookie. It was adorable."

The company's catering is drawing more attention, such as this past weekend's star party and campout at Maryhill Museum, in addition to their most recent interest from Maryhill Winery. The winery has requested that Bake My Day provide fresh food for their deli. "They're going to pick them up every Friday, Saturday, and Sunday."

Don't miss out on Bake My Day's daily output, which includes doughnuts, pastries, bagels, muffins, breads, pies, cakes, and cupcakes. The store is open Tuesday through Friday 8 a.m. to 3 p.m., and Saturday 8:15 a.m. to 2 p.m.

And hey! I even got a free cup of the world's best homemade iced tea!