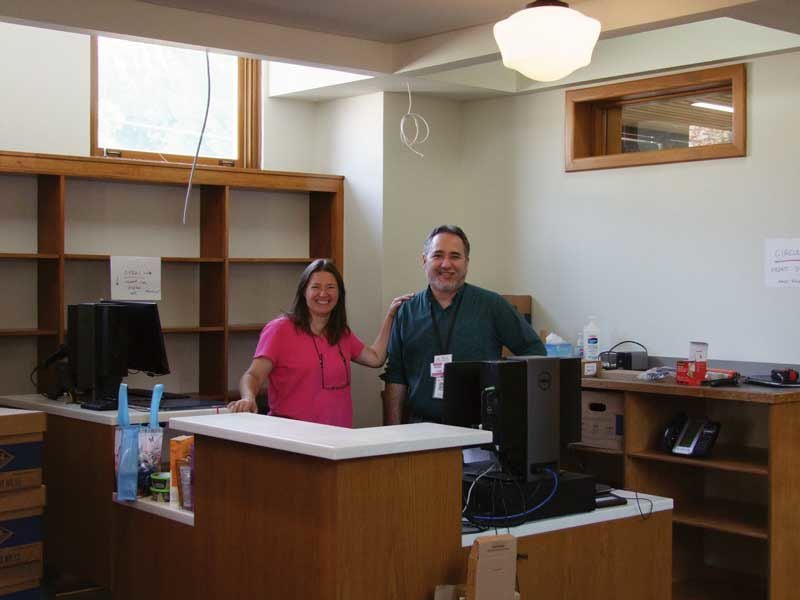 HOME FOR BOOKS ABOUT TO REOPEN: Above, Goldendale Librarian Erin Krake and Tak Kendrick from the Fort Vancouver Regional Library system stand where the new check-out counter at the library will be. The library reopens this Saturday. Right, Shirley Iams' photo from her 1945 Goldendale high school yearbook, when she was still Shirley Branton. Iams left a bequest to the library that helped pay for its extensive renovation. 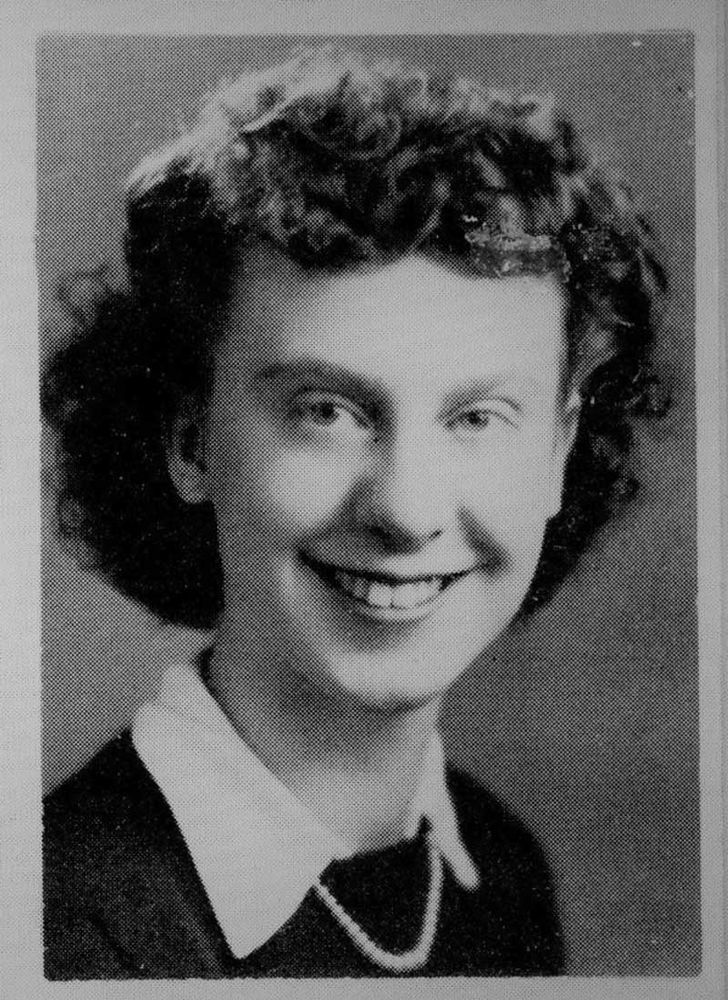 HOME FOR BOOKS ABOUT TO REOPEN: Above, Goldendale Librarian Erin Krake and Tak Kendrick from the Fort Vancouver Regional Library system stand where the new check-out counter at the library will be. The library reopens this Saturday. Right, Shirley Iams' photo from her 1945 Goldendale high school yearbook, when she was still Shirley Branton. Iams left a bequest to the library that helped pay for its extensive renovation.

Goldendale Community Library is preparing to open the doors of the historic Carnegie library building at 131 W. Burgen Street, newly refreshed and renewed, on Saturday, Sept. 15.

As the community celebrates the remodel of this historic building, the library will also celebrate another of the bequests that made it possible-this one from Shirley Ann Iams, who left the Goldendale library a bequest in 2016 that totals approximately $180,000 today.

Iams was born in Goldendale to Otis and Cora Branton. She grew up on a farm outside of Goldendale near Swale Creek with no electricity, on the the homestead of John and Susan Burgen, her great-grandparents and the family for which Burgen Street, where the library stands, was named. Shirley's grandmother lived in town and shared many pioneer stories with her.

Shirley was valedictorian of the 1945 class of Goldendale High School. Upon graduation, she attended Central Washington College in Ellensburg for four years and graduated with a Bachelor of Arts degree in Education. She went on for a year to University of Washington's library school.

She worked for the Tacoma Public Library. She married Robert E. Iams in Goldendale in 1953. Later Robert went to the Camas Public Library as director. Shirley was involved in education. Both were later employed by the Seattle Public Library system.

Iams' many interests were studying and collecting period jewelry, stamp collecting, gardening, exploration of the North and South Poles, travels to Europe, and supporting animal rescue societies, especially anything to do with cats. She loved cooking and sharing recipes, and collected books of hiking and mountain climbing. Having been a teacher she retained an interest in children's books, and having served as a reference librarian she retained many interesting and astonishing facts.

The Iams bequest has been spent primarily for updates to the children's area, including opening up walls, replacing the furniture and shelving, and the installation of fun, educational panels.

Other updates to the library through this project include new, energy efficient windows and lighting, reconfigured handicapped-accessible restrooms, new and restored doors, new carpeting and flooring, new paint, new furniture, new and restored shelving, and newly designated areas for quiet study and for teens.

The grand reopening celebration is scheduled for this Saturday. The program, with special guests, music and refreshments, an exhibit of local art, and tours of the library, begins at 10 a.m.

A special display will feature artifacts from the era the library first opened in 1915, including some of the items donated to the Presby Museum by Shirley Ann Iams and her family.

The library's open hours beginning that day will be from 10 a.m. to 6 p.m. Monday, Tuesday, Thursday, Friday, and Saturday from 10 a.m. to 8 p.m. on Wednesday, and closed on Sunday.

Note: Shirley and Eileen Poage contributed the background information on Shirley Ann Iams for this story, as did the Klickitat County Historical Society.