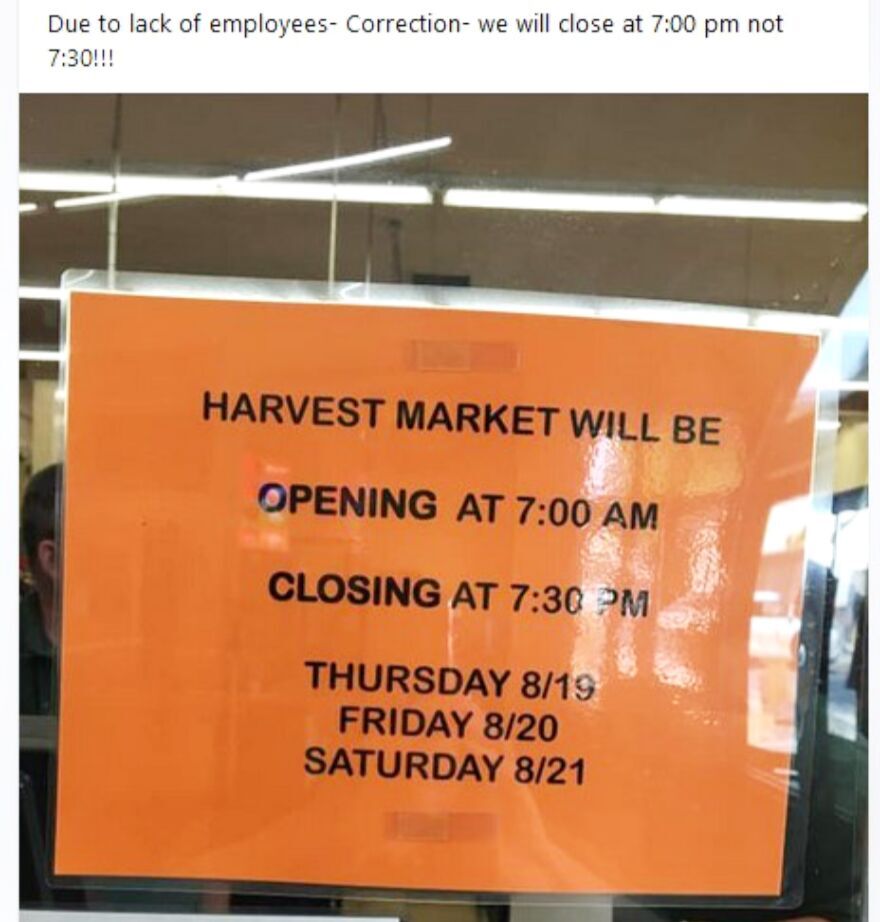 Workers throughout the county—and the country—are not going after jobs, even though there are far more jobs than there are unemployed people. 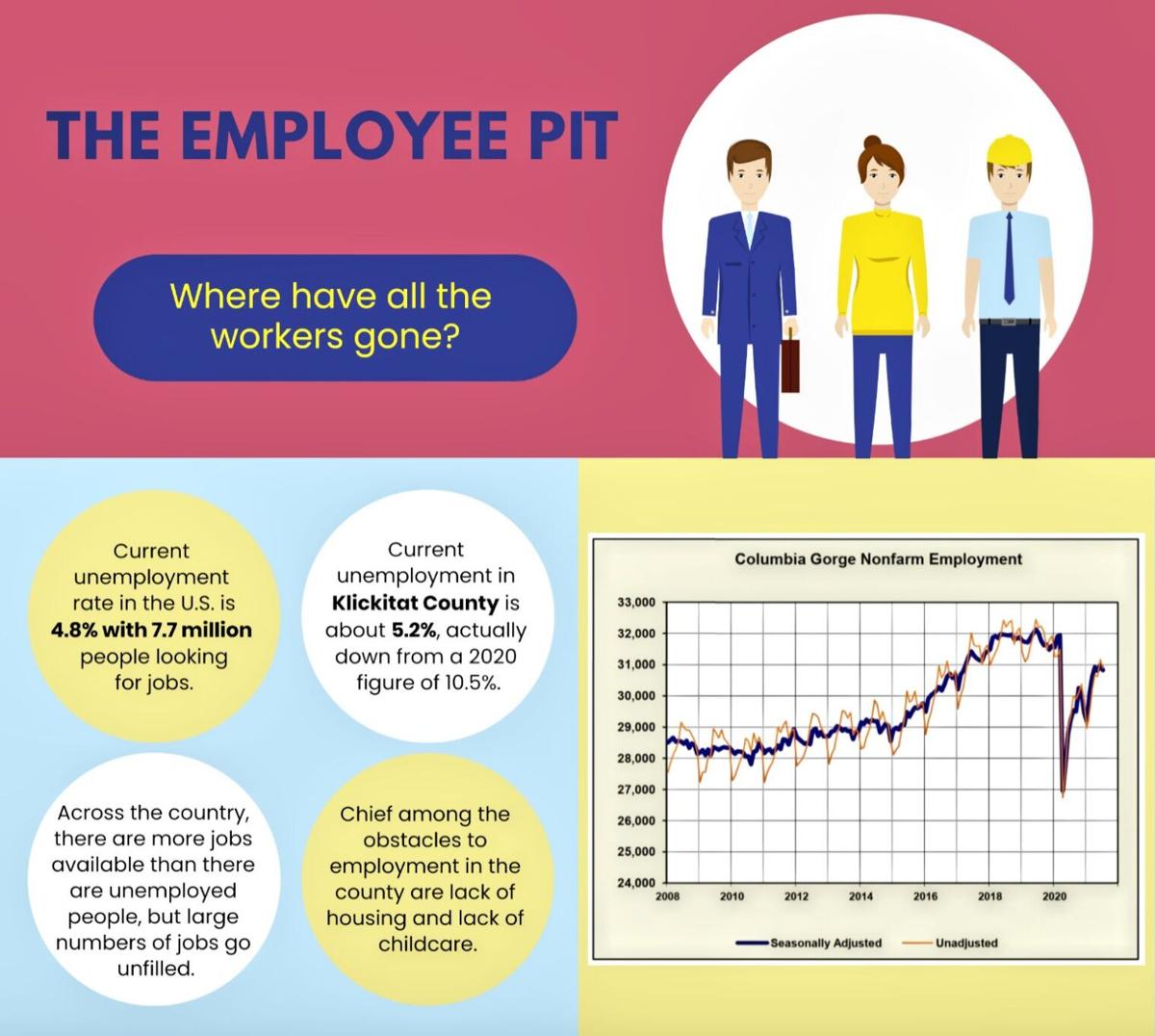 Workers throughout the county—and the country—are not going after jobs, even though there are far more jobs than there are unemployed people.

No, scratch that. Instead, wanted: more workers.

No, that doesn’t work, either. There are plenty of workers around—there are far more jobs available than there are unemployed people. But even though almost everywhere you look there are businesses trying to hire people, the people are not showing up, despite the facts that Covid relief measures are soon to run out.

The trend is mystifying industry observers all over the country—the phenomenon is nationwide—and here in Klickitat County, there are plenty of businesses feeling the no-employee crunch.

Harvest Market in White Salmon put up a sign in its window a while back saying its hours were changing. Why? A Facebook posting said it was “Due to lack of employees.”

Not long ago the Town House restaurant in Goldendale said it was having trouble keeping some food and supplies in stock. How come? “Some of our suppliers are having trouble getting employees to drive and deliver,” one restaurant worker said. That’s very irritating when you really want your biscuits and gravy to go, and there’s no wrapper in the to-go container because a supplier can’t get them in, and your food starts to leak through the cardboard container. All because would-be employees won’t be employees.

The condition afflicts stores and offices large and small, from the post office to some stores commenting only off the record.

The easy speculation is that benefits have been so good, there’s no incentive for people to work. That idea presumes that the bulk of the workforce is incredibly lazy and they’re astonishingly short-sighted, unaware or uncaring that the fruits of Covid help just falling off the trees are about to vanish. If this presumption were accurate, that would raise whole other concerns about the nature of the people who service so much of society.

Of course there is talk nationwide that workers see greener pastures now, after they were forced to shun the workplace during the worst of Covid. While that seems to be accurate in some professions, it can’t be said to be true across the sprawling spectrum of employment types.

The bottom line is, there is no bottom line explanation, only oracles amateur and professional alike struggling to read tea leaves in murky waters.

Whatever the reasons, the reality is, workers are hard to find, despite the fact that jobs are plentiful.

“It’s annoying,” says one Goldendale business owner who doesn’t want to be identified. “We have one of the highest minimum wages in the country,” second only to California, “and we just can’t get workers in here. Or else they come and then they suddenly disappear, no notice, nothing, just gone. No basic common courtesy.” She wonders about the work ethic among younger people in town. “It used to be it was a privilege to have a job, a sign you were serious and committed and thinking about your future.”

She points a finger at young people, and it’s true that a lot of jobs around town are aimed at young people, but the trend can’t be confined to a single demography. There’s a huge lack of truck drivers everywhere; if you have a commercial driver’s license and need a gig, you can pretty much take your pick of whatever you want. Retail workers are badly needed. Waiters, haulers, clerks, everywhere positions are going unfilled.

Then there’s the other side of the situation. There are people very interested in some jobs—and they can’t take them. Why? Have you tried finding a place to live in Goldendale or anywhere else in Klickitat County? There are positions at the hospital and in county government going empty because new hires can’t get a house or apartment. If they have kids, the problem is exacerbated by the complete absence of any childcare.

Answer: already have a place to live, don’t have kids, and actually want to work. Then you’re good to go. Of course that’s entirely facetious, but sometimes exaggeration is the best way to express frustration.